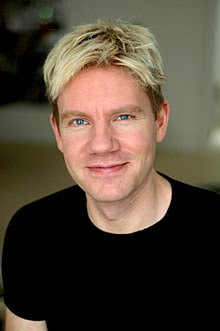 So, for each person who might die from global warming, about 210 people die from health problems that result from a lack of clean water and sanitation, from breathing smoke generated by burning dirty fuels (such as dried animal dung) indoors, and from breathing polluted air outdoors.

By focusing on measures to prevent global warming, the advanced countries might help to prevent many people from dying. That sounds good until you realize that it means that 210 times as many people in poorer countries might die needlessly as a result—because the resources that could have saved them were spent on windmills, solar panels, biofuels, and other rich-world fixations.

Before we proceed to the problems with this argument, let's have a moment of silence for all the brains cells that have died confronting the superlative illogic of Lomborgianism.

Can I briefly take note of the top five ways that argument self-destructs? To wit:

1. The concept that we should ignore a deadly, destructive, expensive threat because there is some greater threat to human welfare somewhere in the world is a particularly rank fallacy of smug commentary. Presumably it would implied ignoring highway safety as long as more people are dying of cancer, and ignoring the 9/11 attacks as long as people are dying of highway accidents.

Taken to its logical extreme, the ignore-this-problem-there-are-bigger-ones fallacy leads to a world where we are all working with all our strength on one and only one issue -- presumably something to do with Africa -- whilst drunken unseatbelted teenagers smash into guardrails, Colorado burns unchecked, and AIDS sweeps through our cities without an antiretroviral medication in sight.

2. Anybody notice that while comparing the size of problems, Lomborg is comparing global warming to three other major environmental issues combined?

"So, for each person who might die from global warming, about 210 people die from health problems that result from a lack of clean water and sanitation, from breathing smoke generated by burning dirty fuels (such as dried animal dung) indoors, and from breathing polluted air outdoors."

This a stupid game, this which-issue-is-bigger crap, but if you are going to compare the relative size and importance of issues, don't you need to compare one issue to one other issue? The approach Lomborg takes here is like asking yourself: Am I obese? And answering: "Certainly not; I weigh significantly less than my three closest friends combined!"

Wrap your mind around that one: we are supposed to believe that the tentative and uncoordinated efforts to address climate change -- on which the world spends far less than a penny of every dollar it makes -- are depleting the world of all the resources it would need to insure no one dies of air or water pollution every again. Pristine sewers will serve a billion new toilets. Cooking fires will vanish from the world. Every industry in every country around the world will completely end the production of toxic wastes that inevitably end up in our water and our air. We won't burn coal any longer -- wait, what? Leading me to . . .

4. Reducing air pollution and greenhouse gas emissions are not competing objections. The most direct and effective solution to both is to burn less fossil fuels (2), which are the primary source of indoor and outdoor air pollution.

To present these issues as competing with one another is nonsense. That's like saying the rich world's fixation with preventing lung cancer is distracting us from the important work of preventing emphysema.

5. Even if these were two (OK, four) separate problems, which they are not, the way Lomborg has carried out his calculation of 210:1 doesn't stand up to the most causal scrutiny.


Global warming is by no means our main environmental threat. Even if we assumed—unreasonably—that it caused all deaths from floods, droughts, heat waves, and storms, this total would amount to just 0.06 percent of all deaths in developing countries. In comparison, 13 percent of all Third World deaths result from water and air pollution.

Does Lomborg really think we are dumb enough to buy the idea that the only way global warming can kill you is if you are struck by a giant tidal wave or struck by lighting? What about something simpler like falling agricultural yields:


John Hawkins, a spokesman for the Illinois Farm Bureau, said those in the southernmost sections of his state “are close to or past that point of no return,” while elsewhere, “there’s a lot of praying; it’s hanging on by a thread.”

“These 100-degree temperatures are just sucking the life out of everything,” he said.

But that's not even the worst of this bogus comparison; stay tuned for part two.

--------------------
1. For those who don't know Dr. Lomborg, he is the author of "The Skeptical Environmentalist," by which he refers to himself, although he is neither an environmentalist nor a skeptic. This book was cited by the Danish Committees on Scientific Dishonesty (I want one of those for our American "skeptics") for:
2. Including wood, commonly burned in inefficient, smoky, dangerous indoor cooking fires.
Posted by TheTracker at 3:33 PM