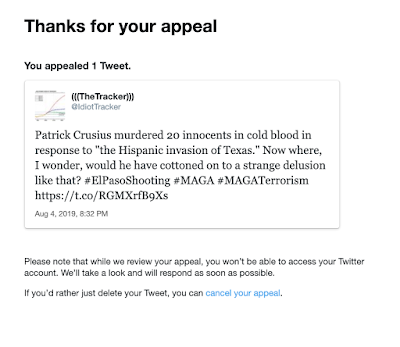 Twitter, Facebook, Instagram, and their rivals are free, mass-market services -- more Friends than BoJack Horseman. And if we're going to continue to organize, advertize, and solipsize online -- and what is the alternative? -- that is going to be a problem.
Posted by TheTracker at 2:21 PM 2 comments: