The first unit of the Kudankulam nuclear power plant, in the Indian state of Tamil Nadu, is up and operating at full power, a mere 26 years after it was commissioned as part of a joint project by Indian and the Soviet Union. Big victory for the international trade and diplomacy of the Soviet Union! Hey, where'd they go? 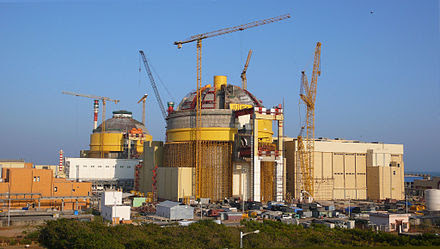 So what is good about this? It is 1 GW of very low carbon energy. When the second unit is operating a full capacity (which is scheduled for May 2015, but so far the builders have not stuck to their schedule very well) it will provide 2 GW of power, with a carbon footprint comparable to wind or solar, but compared to a solar or wind energy project, a lot bigger.

The photo above is of the Ivanpah Solar Electric Generating System (ISEGS) in California’s Mojave Desert. It's currently the largest solar thermal project in the world. It generates 1,000 GW-h annually, compared to Kudankulam's roughly 17,000 GW-h.

If you care about environmental issues at all, you've probably hear of Ivanpah. You've probably never heard of Kudankulam, built in the poor, underdeveloped (but proud and growing) state of Tamil Nadu. Yet Kudankulam will generate -- is already generating -- amounts of low-carbon electricity that dwarf Ivanpah as well as almost any renewable project in the world.

So what's wrong with Kudankulam? They have been trying to build it for twenty-six years, and it's still half-finished. This has taken so long that one of the countries that agreed to build the plant no longer exists. It's been delayed by bitter anti-nuclear protests, by the collapse of the Soviet Union, by technical problems. In the time it took to build this one plant, the cost of solar PV cells fell by 90%: 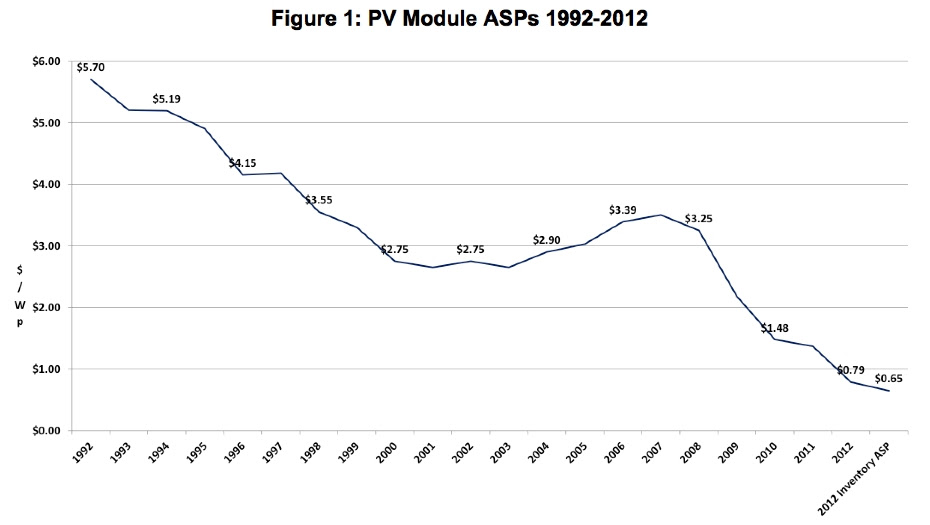 Building nuclear plants is too damn slow (for a combination of human and technical reasons). And that means that innovation and the spread of new technologies is too damn slow. And that means that by the time we could slog through another quarter-century nuclear construction project, both the renewables industry and the climate will have moved greatly on. And that in a nutshell is the greatest problem for nuclear energy.

Posted by TheTracker at 8:30 AM