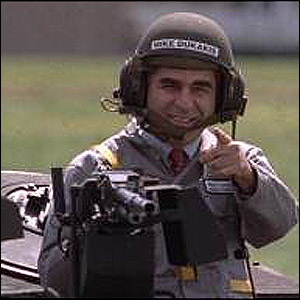 By this time all climate nerds will have heard about Wolfgang Wagner's resignation from the board of Remote Sensing. His resignation letter lays out his shame at having passed Spencer and Braswell's awful "On the Misdiagnosis of Surface Temperature Feedbacks from Variations in Earth’s Radiant Energy Balance" through peer review.

Only in it for the Gold

Skeptics are outraged. How dare Wagner resign . . . how dare he.

Adding to the uproar, three of our best pro-science communicators have put their oar in with a fantastic essay. Money quote:

Spencer, a University of Alabama, Huntsville, climatologist, and his colleagues have a history of making serious technical errors in their effort to cast doubt on the seriousness of climate change. Their errors date to the mid-1990s, when their satellite temperature record reportedly showed the lower atmosphere was cooling. As obvious and serious errors in that analysis were made public, Spencer and Christy were forced to revise their work several times and, not surprisingly, their findings agree better with those of other scientists around the world: the atmosphere is warming.

Over the years, Spencer and Christy developed a reputation for making serial mistakes that other scientists have been forced to uncover. Last Thursday, for instance, the Journal of Geophysical Research - Atmospheres published a study led by Lawrence Livermore National Laboratory climate scientist Ben Santer. Their findings showed that Christy erred in claiming that recent atmospheric temperature trends are not replicated in models.

This trend continues: On Tuesday the journal Geophysical Research Letters will publish a peer-reviewed study by Texas A&M University atmospheric scientist Andrew Dessler that undermines Spencer's arguments about the role of clouds in the Earth's energy budget.

Needless to say, psuedoskeptics are absolutely furious that somebody would publishing an article at a blog accusing a scientist of making a bunch of mistakes or having a bias. That's the worst thing ever, probably worse than the Holocaust. No, I'm not kidding. No, they don't see the irony. No, I really don't know how that's possible.

The howls of dismay and anger at these fairly cool, collected, and measured contributions to the debate are not accidental. They reflect a double standard that deniers are desperate to maintain -- a set of rules of engagement in which they say absolutely anything about anyone in the most offensive way possible -- chewing the carpet and pounding the table -- but have the expectation that the people they are attacking are not going to defend themselves, are not going to answer back. Scientists are supposed to be above all that, cool, rational, impartial and detached. (That their own lack of such qualities might reflect on their ability to critique the state of the science evidently does not occur to them.)

When scientists answer back, there are invariably people who feel that they shouldn't, that they are damaging their own credibility by descending to their opponents' level. Take this post:

Regarding your opinion piece on Roy Spencer (see posts below) I am very disappointed at your lack of professional conduct. Your polemic politicizes science. You seriously harm the foundations of the scientific method of objective observation, model evaluation and searching for truth.

It takes a great deal of composure to hold back ones emotions during a heated debate (I call the likelihood or not of CAGW a heated debate). Trenberth, Ray Pierrehumbert, Hansen, Mann, Jones… they all have a far greater responsibility to behave at the highest level because the work they produce and the ideas they promote are viewed at the highest level wrt influencing policy. The common flaw with all of them is their inability to bite their tongue when the pressure is on or when opportunities arise where they are better off being silent. The lack of personal composure ultimately hurts their credibility because it shows they have skin in the game.

This is where Michael Dukakis comes into the discussion. In a debate with George Bush, Sr, he was on the receiving end of a particularly lurid and loaded question:

Bernard Shaw, the moderator of the debate, asked Dukakis, "Governor, if Kitty Dukakis [his wife] were raped and murdered, would you favor an irrevocable death penalty for the killer?" Dukakis replied, "No, I don't, and I think you know that I've opposed the death penalty during all of my life", and explained his stance. After the debate, Dukakis told Estrich he was sorry and didn't realize it was that question.[14] Many observers felt Dukakis's answer lacked the passion one would expect of a person discussing a loved one's rape and death. Many– including the candidate himself– believe that this, in part, cost Dukakis the election, as his poll numbers dropped from 49% to 42% nationally that night.

The failure to show appropriate emotion where a reasonable person would have an emotional reaction does not enhance your credibility, it undermines it. People make judgements about your credibility based on their ability to identify with you, to empathize with you -- a quality PR people call your "relatability." Striving to look and sound and write like Leonard Nimoy on lithum will not lead people to trust you; just the opposite.

Similarly, when someone acts in a biased or incompetent way, and you don't call them on it, or call them on it in a tepid, wishy-washy, Obama-against-Congressional-Republicans sort of way, people are not going to take those problems with your opponents' credibility into account -- if a normal person (like themselves) would have called their opponent out for that crap, and you didn't, people are going to assume it's not crap at all, otherwise why wouldn't you be drawing attention to it?

The same goes when deniers make ludicrous charges of incompetence, corruption, or bias by climate scientists -- a reasonable lay person would fight back against that kind of slander. If scientists' don't, people aren't going to assume they're above engaging with their critics; they are going to assume they have no answer to give.

Sure, if you push back, you may be seen as partisan. But people make that assumption anyway, based on the fact that deniers are screaming the allegation from the rooftops 24/7. At you have to guard your credibility, especially as a scientist, you have to be seen as someone who tells it like it is, not how you wish it was. But that's no reason you have to be a silent punching bag. It's OK to fight back, and it's OK to get a little mad -- deniers have given real scientists treatment that would make anyone mad. To be trusted by people, you have to act like people, and when an asshole loudmouth insults you or sells a line of bullshit far and wide, people get mad.

Let's tell it like it is, and not be afraid raise our voices at the really outrageous parts. Let's let liars be called liars and stand before the public exposed. Let's show the table the card up the grifter's sleeve, and if we're hurting his wrist, too bad. Let's bury the Dukakis effect.