Attack of the Pause


Why oh why have surface temperatures slowed their relentless rise? I has an angst! 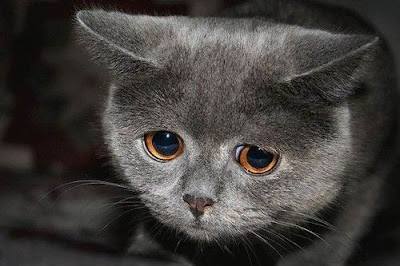 Except I don't, really -- but who could resist an excuse to post that picture? So, why am I living angst-free in spite of a decade that is merely the warmest in the instrumental record and not dramatically so?

Well, for one thing, I've faced up to the fact that we, the concerned, have been enjoying having it both ways for quite a while. On the one hand, we've explained over and over that short-term variability in climate is the rule, not the exception; that knowing enough about the climate to see that action is needed is not the same thing as having an advance notice of the weather for the next hundred years; that the more different places and indicators you watch, and the longer you watch them, the more it becomes virtually a mathematical certainty that some of them will buck the overall trend. (And, lo, so it has come to pass . . .)

But on the other hand, in the last couple of decades virtually all of the short-term indicators pointed to dramatic global warming, and that's where it's easy to get lazy. Record fires! Record heat waves! Record ice loss! We were preaching, along with the real scientists, the no-drama gospel of long-term trends, but meanwhile, we had a good imitation of a Shakespearean tragedy running in the background, and it was hard not to make use of it.

So, here were are. Where's the warming at? You can answer that one any number of ways, but the easiest one is with a single graph:

Note the dips in the five-year trend in the early 80s, and again a decade later. Now the five-year line is in a bumpy patch, but the eleven-year line has barely noticed. It continues to climb. That isn't a trick of the graph, it isn't fuzzy math, it's just a fundamental fact of human existence: the moment we're living in feels big and significant, but in reality, it's just a tiny slice of a story that continues to run on and on.

But this is mere poetry: Where have all the joules gone? It's a big, interesting question, one which has little to do with current debates over greenhouse gases emissions and a lot to do with our imperfect understanding of how energy sloshes around the system. Because we know it's around here somewhere. Maybe it's, I don't know, in the oceans somewhere:

Three running means at or below -0.5C equals La Nina. So come May, it's a good chance we'll be looking at the first triple-dip La Nina since modern records began. That's a lot of heat sinking into the waves. Enough to explain the "pause"? Probably.

In the larger sense, though, the explanation is less important than the persistent problem of over-emphasizing short-term trends. I wish I could say we should all stop doing that, so people will recognize our carefully measured assessments once the fog of the present moment has been lifted, but in truth I have no confidence that people have long enough memories for that. It may be the best we can hope for is not to fool ourselves.
Posted by TheTracker at 10:09 AM